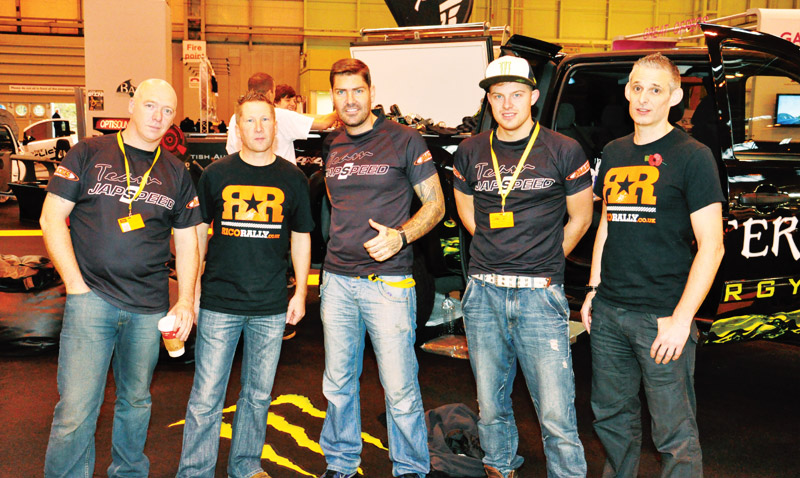 It was a long and successful weekend for Rico Rally at Top Gear Live over the weekend.

Arriving mid-afternoon on the Thursday to set up our show space we were greeted straight away with a Ferrari 458 being unloaded and then an Enzo. After that the glorious metal just kept coming… a Lambo LP640, Gallardo’s, a full carbon Koenigsegg, Noble’s and a plethora of cars that were achingly gorgeous.

Strange you may think then that our Dodge Ram proved to be very popular with not just the public visiting the show but also the exhibitors. Maybe it was supercar overkill? Either way we were very happy with the way the truck had polished up and the attention it attracted.

Enquiries were rife during the show and bookings have already come in just a couple of days after the show. I wish the same could be said for our voices which are still missing after three days of talking to everyone throughout the weekend – consider that 24,000 tickets were sold for the Saturday alone and you’ll see how much talking we did.

We were supported at Top Gear Live by our latest partner Black Sun Energy Drink who provided us with enough cans of their energy drink to keep us, the exhibitors, NEC staff and the public going for most of the weekend – so a big thank you goes out to them.  For those of you who will be joining us on Rico Rally next year you’ll be getting a few goodies from Black Sun to keep you going throughout the weeks driving.

The highlight of the show for us was watching the JapSpeed drivers drifting in the Track Arena – That’s us at the top of the article with drivers Shane Lynch and Steve Biagioni.

To find out about Rico Rally just click here